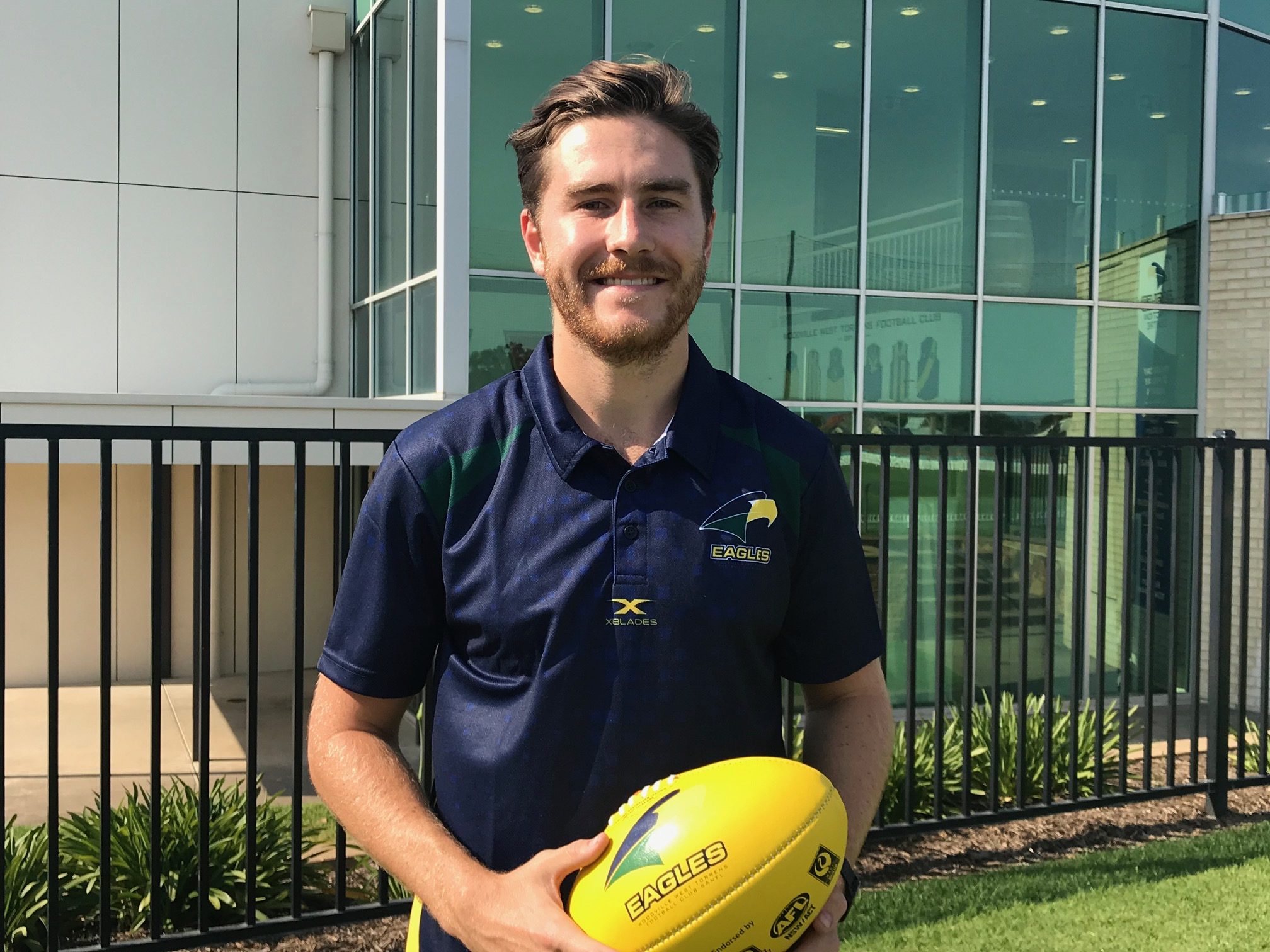 The WWTFC are delighted to announce the signing of defender Pierce Seymour for the 2020 season.

The 24-year-old spent 2019 as a part of the Adelaide Crows development squad and made his SANFL Statewide Super League debut in Round 13 this year and went on the play eight of the remaining nine games including all three finals for the Crows.

Seymour then returned to his local side Payneham Norwood Union who went on the win the Adelaide Footy League Division One premiership.

Senior Coach Jade Sheedy said Seymour showed what he is capable of at League level over the back end of last season and will be a great addition to the Club in 2020.

“After coaching against Pierce in the Adelaide Footy League previously I could see he was destined to play at a higher level. To see him perform strongly in the SANFL finals series for Adelaide wasn’t a surprise to me and as soon as I got the role here at the Eagles I was keen to get him to the Club,” said Sheedy.

“At 190cm Pierce has the ability to play on talls or smalls and is a great user of the football with a damaging left foot which will provide plenty of drive from the back half for us.”

Now having tasted League football, Seymour is keen to establish himself as a regular at League level.

“Getting the opportunity to play League football and then finals on Adelaide Oval last season was surreal. Having had that experience now, I can’t wait to get back out there again. The Eagles missed out on finals last year but there is a strong core group here and under the guidance of Jade I’m sure we will be bouncing back strongly in 2020. I can’t wait to get started,” said Seymour.

Please join us in welcoming Pierce to the Club.