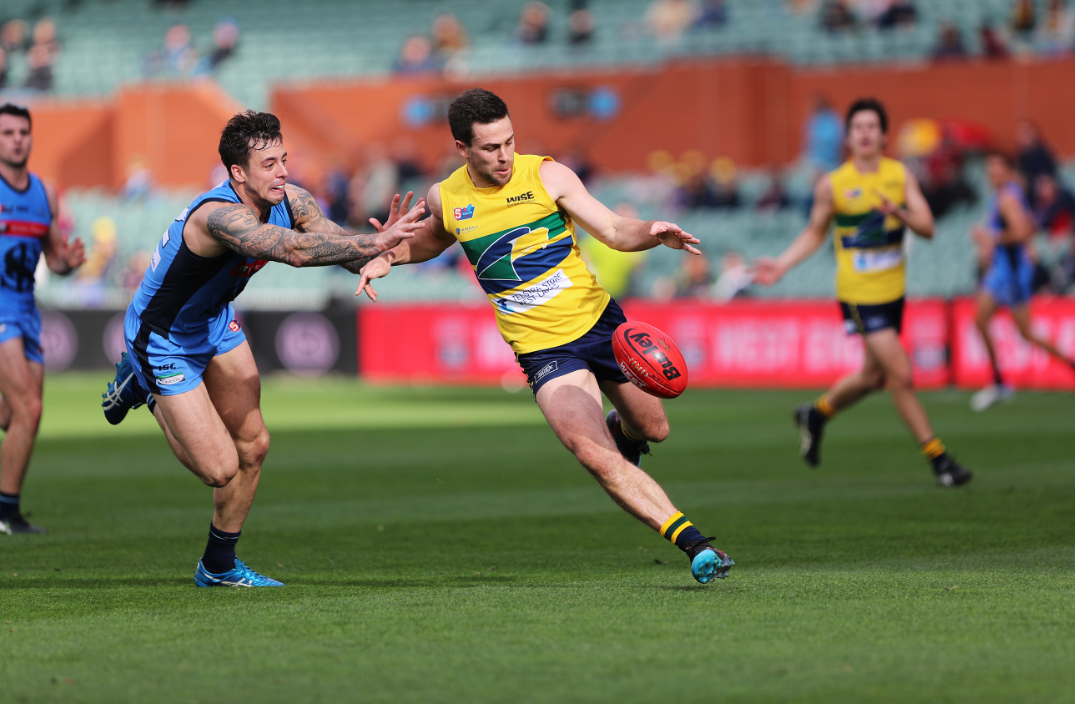 Matt’s as Good as Gold in SANFL 200 Club

Eagle Matthew Goldsworthy is perfect proof it takes a driven, yet selfless, character to chalk up 200 games in the SANFL Statewide Super League.

From Curramulka on the Yorke Peninsula, the 29-year-old made an early call to pursue his football career after making the move to Adelaide.

Since starting with the Eagles Under-17s in 2007 and making his League debut in Round 18 of 2008, Goldsworthy has become one of the club’s most consistent and reliable performers for more than a decade.

Asked on SANFL Radio about his major milestone – against Glenelg at ACH Group Stadium this Saturday – the left-footer said one thing stood above all else.

The fact he had spent portions of his career in all three sectors of the field – forward, midfield and defence – had allowed him to develop strong relationships with a multitude of teammates.

Now relishing a role further up the field on the wing under new coach Jade Sheedy, Goldsworthy said this gave him an even stronger love for the club, knowing he had formed life-long bonds at Oval Avenue.

Naturally, playing in the club’s nail-biting three-point Grand Final triumph against Central in 2011 had also played a significant role but now he wants more success before he hangs up his boots.

And that success could continue beyond retirement given Goldsworthy is also the club’s Football Operations Manager, having also acted as the Eagles’ Sponsorship and Marketing Manager.

It’s fair to say Goldy loves immersing himself in everything ”gold and green and blue.”