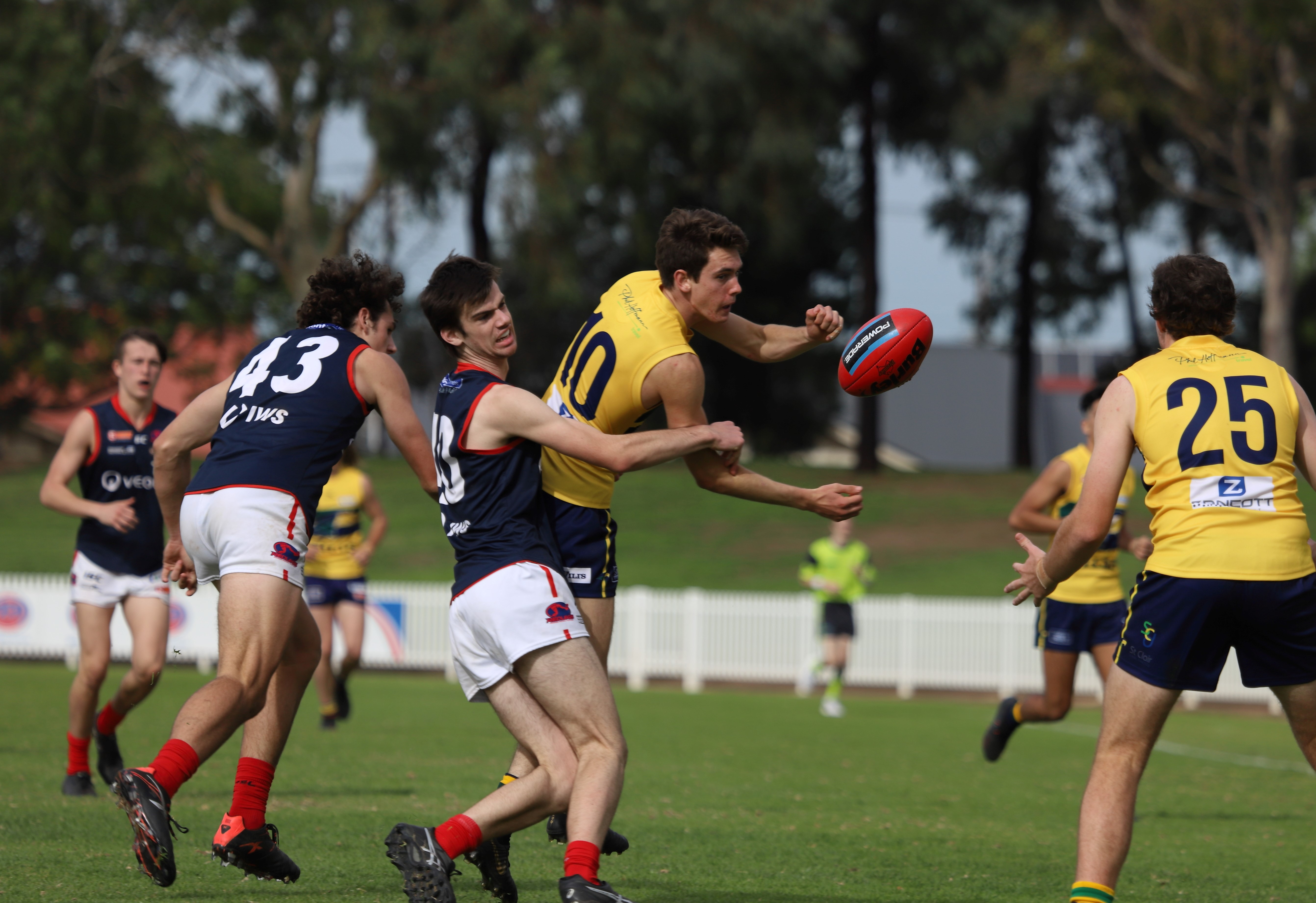 The Under 18s had a good win on Saturday winning a high pressure game by just 8 points.

We started well with a solid first quarter kicking 2 goals 2 points and holding Norwood to just the one goal and we played a very good second quarter kicking 4 goals 1 point whilst Norwood kicked 2 goals 2 points and we held a 15 point lead at half time although both teams gad the same number of scoring shots.  The Redlegs came out firing in the third quarter and kicking 4 goals 2 points to our 1 goal 1 point, they took a 3 point lead into the last quarter.  Adding to that Norwood attacked first and kicked the first goal of the last quarter at the 7 minute mark and got out to a 10 point lead but the players worked really hard and found a way to win back control of the footy and kicked 3 goals to ultimately win the match.

There was some great efforts all through the game and Lachie Jones was busy and energetic and very instrumental in our win in his midfield role, Luke Barnett was strong in the clearances and also won plenty of the footy, Zac Philips was very good in ruck giving our midfield  first look at the ball with his hit outs to advantage, Shaun McNeilly continued to play well in our defence with his run and ball winning, Aidan Lock was another midfielder who relished the contested ball and Michael Frederick’s 5 goals were very handy in the context of a low scoring game.

This week it was a great pleasure to introduce some more players to SANFL Under 18 footy and Jake Puzzuoli, Will Pitt and Liam Ueding all made their Under 18s debuts and all contributed to the win.  Liam is still under 16.

With the bye this week, our next game is against Glenelg at ACH Group Stadium on Saturday 6th July at 11.00am.