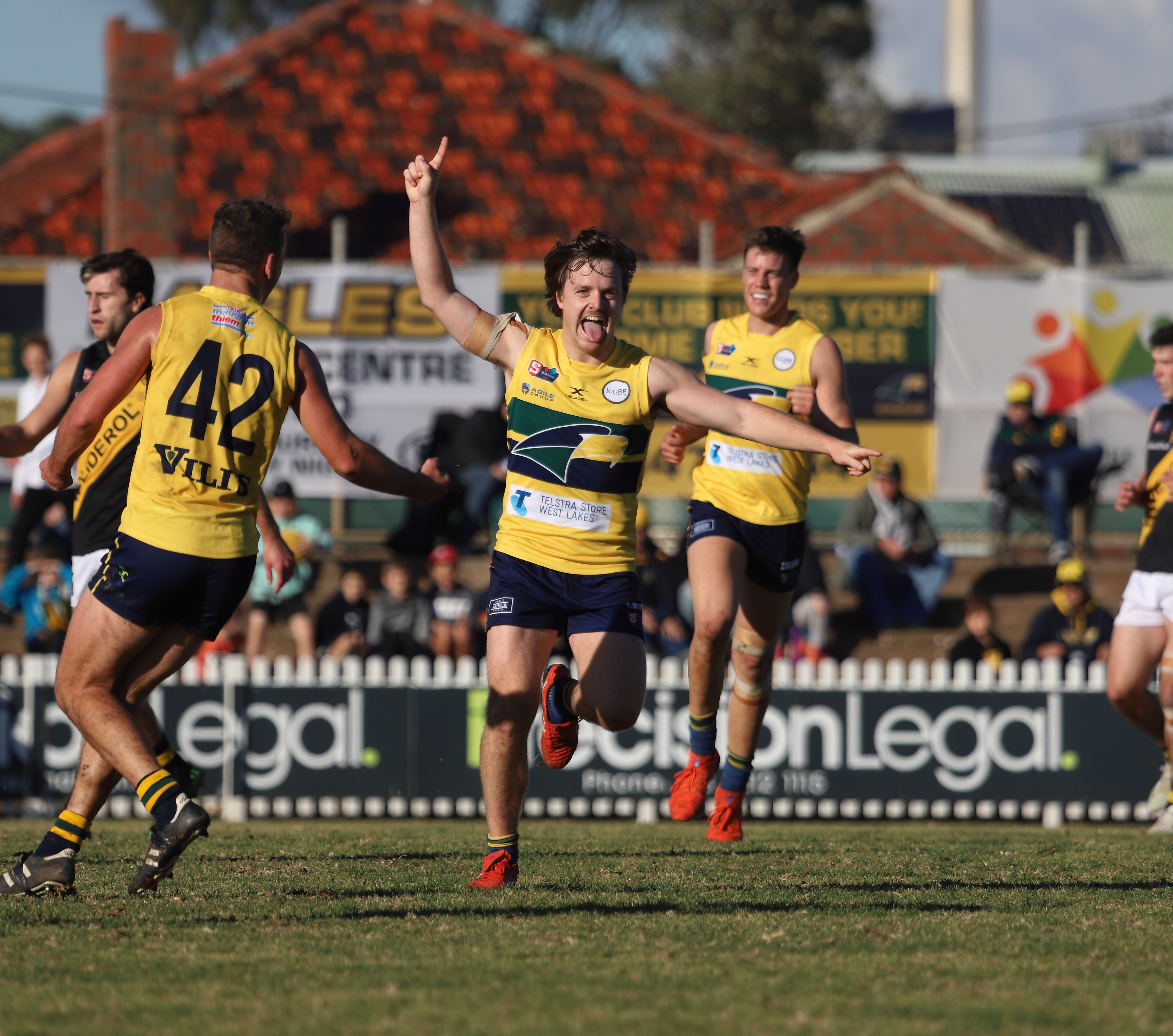 Those who attended Maughan Thiem Kia Oval on Sunday witnessed a great game of SANFL football with both teams providing an exciting brand of football. The match was exciting right to the end. Both sides had late changes an unfortunately for us Matthew Goldsworthy and captain Luke Thompson were late withdrawals.

The 1st quarter wasn’t ideal and is something that will be addressed this week. We allowed 6 goals in the first 20 minutes and could only manage 2 goals of our own. Jesse Lonergan and Chris Hall started the game well leading our disposals from the midfield, whilst Jack Gaffney and James Rowe were our only goal scorers.

Heading in to the first break we needed to get back to the basics of winning the contested ball and that’s what we did. It was pleasing to see the resilience in the group to work hard and believe in themselves. We applied a 5 goal to 1 goal in the 2nd quarter and we were back playing the style of football which had seen us win the past 5 games. James Rowe landed 2 goals and again added the exciting spark up forward.

The second half continued to be a tight contest. We had chances early in the last quarter to put some goals on the board but were unable to convert. Glenelg at the other end took their chances and ran out winners by 15 points.

In reflection we allowed 6 goals in the first 15-20 minutes and 4 goals in the last 15 minutes totalling 10 of Glenelg’s 14 goals. This mean for 90 minutes of the game we were capable of keeping them to 4 goals. At the start of the  4th  quarter we also had the first 5 inside 50m entries and registered 3 points which means we had control of how the game will end. We let ourselves down by not finishing our hard work.

With his Co-Captain on the sidelines, Patrick Guiffreda had a great performance down back, James Rowe continues to thrive in his breakout League campaign whilst Chris Hall & Jordan Foote both continued their strong form.

See you all down at Noarlunga on Saturday.