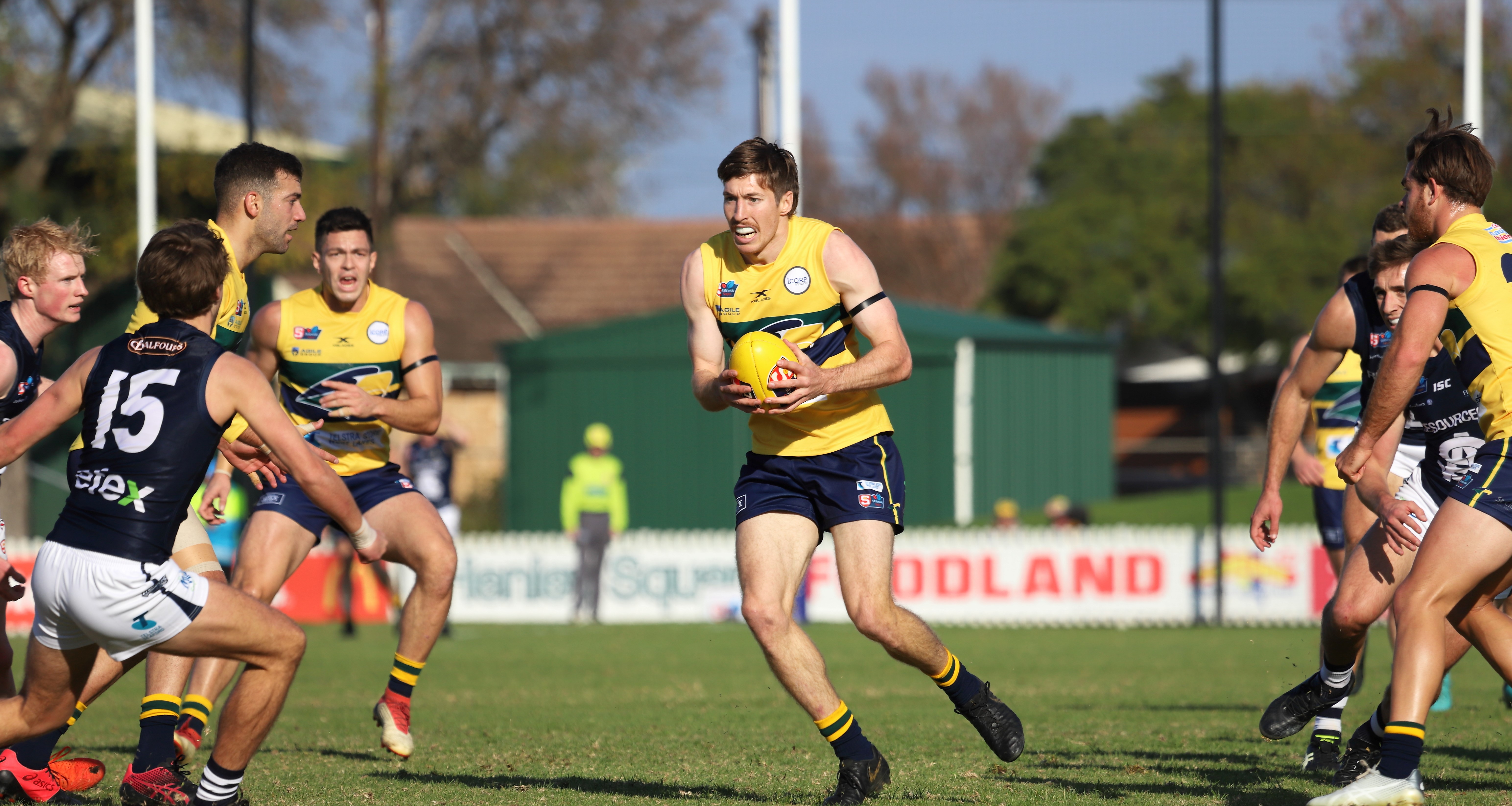 After another week off it was important to build on our Norwood performance against another top 5 team in South Adelaide. Pleasingly for the second consecutive match our appetite to compete at the contest was very good all day winning contested football and clearances.

Our defence held up strong again conceding just 39 inside 50’s whilst having 53 ourselves creating 27 shots on goal. As has been a theme this year our accuracy in front of goal was disappointing and is something that we will continue to work on at training.

South were more efficient moving forward early in the match taking in a two goal lead at quarter time and unfortunately, we lost Jimmy Toumpas to a hamstring injury just on quarter time which put a strain on our rotations for the rest of the day. We kicked back strongly in the second term kicking four goals with only one point separating the teams at the main break. Our major stat indicators suggested we didn’t need to change too much at the break, just to be more efficient moving the ball forward.

Pleasingly the boys put together a strong second half, kicking eight goals to two, running out winners by 42 points. James Rowe who spent a portion of the first half off with a shoulder injury, battled through the pain in the second half and had a huge impact kicking two goals himself as well as setting up others.

Joe Sinor and Matthew Goldsworthy had strong matches across half back whilst Jared Petrenko collected 24 disposals through the midfield and up forward. Jarrad Redden and Jordan Foote continued their strong personal seasons, performing well through the midfield.

Whilst the last two weeks have been pleasing the next block of matches shape as pivotal ones in our season as we look to get back in touch with the top 5. We head out to Elizabeth this Saturday which is never an easy task. We look forward to continuing to build on our brand and hope to see you out there supporting the teams.