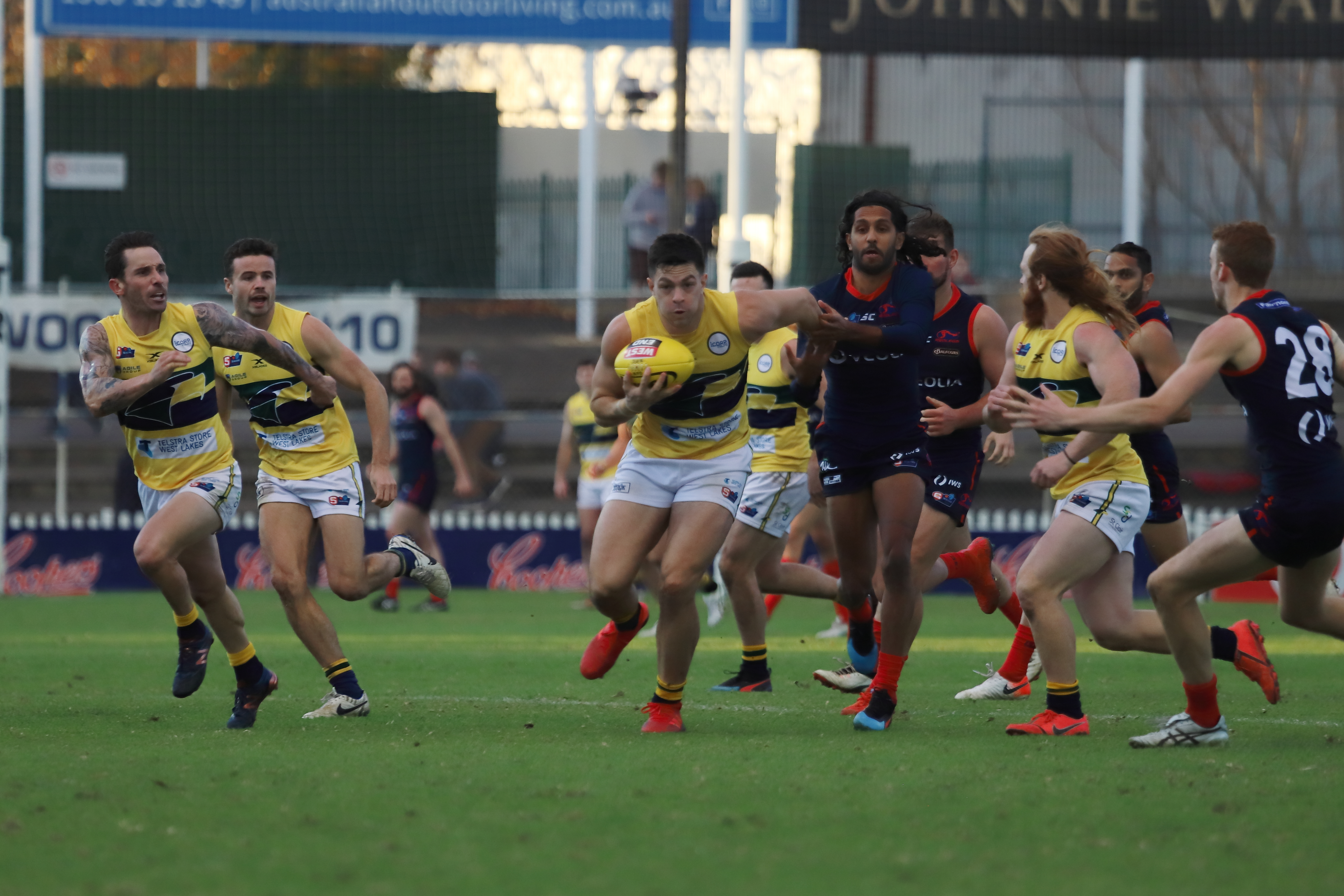 Heading to the Parade is never an easy thought but it was certainly an exciting one. Playing a top 3 side is exactly what the group wanted and if you asked Seb Guilhaus he would say ‘let’s feast’, which is what he will say before most games. It wasn’t all smooth sailing for the day with the big man Guilhaus forgetting his football boots. Jack Hayes was on the case and set off for the hour round trip to get Seb’s boots. 15 minutes prior to the game I’m still looking at Seb warming up in socks and at this point I’d started to think that because we’d already given Norwood our paperwork with the starting 18 players and 3 interchange, Seb may of found himself having to start on the ground in socks for a channel 7 T.V game.

If you change your starting 18 prior to the bounce you give an immediate free kick away. We saw this in round 7, the last time we played Norwood, when Jarred Redden converted a goal before the first bounce. Luckily for us Jack arrived 12 minutes before the first bounce and Seb put his boots on and never looked back, kicking 4 goals and playing his best game for the season.

As I mentioned at the top it’s never an easy task, Norwood at the Parade, which made Saturday’s win all the more special. The first half was a tightly fought contest with both teams having some runs of goals, we took in a 15 point lead at the main change. The second half was some of the best football we have played for the year to date, our clearance work was strong all day but in particularly in the second half, we continued to drive the ball inside 50 and pleasingly converted 13 goals to 6 to secure a 54 point win.

Jarrad Redden was a dominant performer in the middle of the ground which lead to our dominance around the stoppages having 9 clearances himself, whilst James Boyd in his 200th game and Chris Hall both found plenty of the ball and hit the scoreboard. As I mentioned at the start Seb Guilhaus had his best game for the year kicking 4 goals, as did Angus Poole who was dangerous every time he was around the ball.

After a great block of games, we will reset over the week off before facing Glenelg who are playing really good football and are one of the strongest teams in the competition. They thoroughly outplayed us last time down there and I know this group will be really looking to respond after that performance.

I hope you all enjoy your weekend off and I will see you back at Maughan Thiem KIA Oval next Sunday!