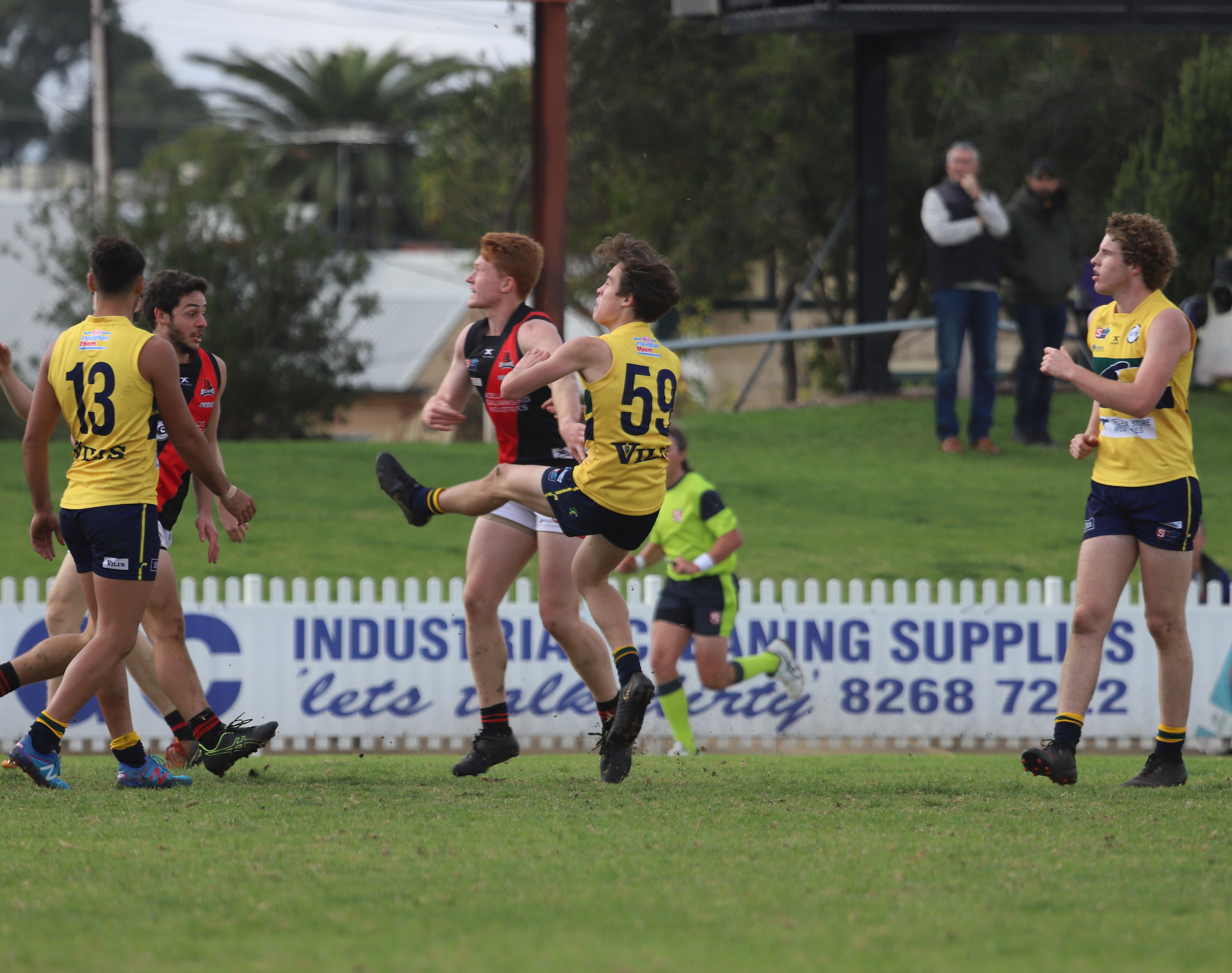 In what was a big game for the reserves team we went into the game debuting our 3rd player in 2 weeks from the U18 program. After last weeks performance where we were unable to work collaboratively with our defensive mechanism there was a huge focus in rectifying this.

The first 15 minutes of the game our defence was under the pump as our mids were unable to win there fair share of ball as West Adelaide out numbered us at the contest and on the ground. Our defence held up really strongly to allow us to work into the game through the midfield and  forward as we took a 1 point deficit into quarter time.

Our focus at quarter time was to even up there numbers behind the ball and possess the football by foot using our kicking skills to our advantage. The quarter was played in 2 halfs with Westies opening up a 3 goal lead midway through the quarter. To the credit of our group we began to execute the quarter time focuses as well as winning the 1 v 1 battles as we went into half time with a 6 point deficit.

The third quarter was our best quarter of the game as we were able to control the pace of the game to suit our game. Our mids got right on top to allow us a really strong advantage to scoring from stoppage as we took a 5 point lead into the fourth quarter.

The last quarter was disappointing as we went down by 4 points in a game that we had control of in large parts of the game. The balance of risk vs reward footy was not in the favour of where we would like it to be as a coaching group. After 2 losses on the trot we must take ownership of our football and come out with the right standards on the training track so that we can perform under pressure on Saturday.