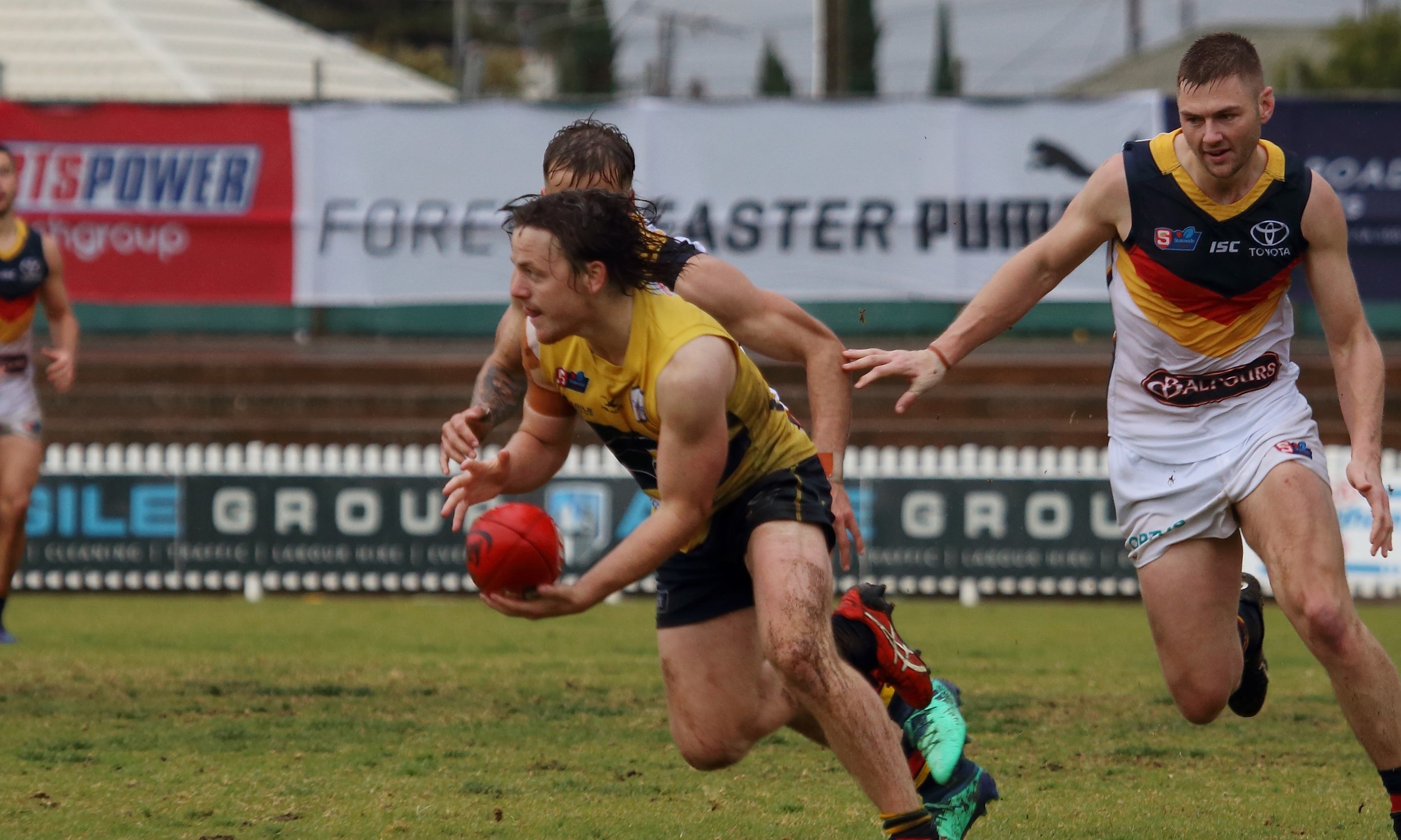 Club champion Scott Lewis announced his retirement last week and sadly played his final game at Oval avenue. With perfect conditions for an inside midfielder (rain and hail) we saw Scott shine for the day. Lewie is an incredible person, his leadership and guidance has been an integral part of our football club for many years. One day I’m sure Scott will be back at the club in other roles but for now we wish Scott, Kate and beautiful daughter Hazel all the very best in their future endevours.

After a disappointing loss last week we faced another AFL aligned side and top 3 team for the 2nd week in a row. I was very pleased with the character of our men, they stood tall in extremely tough conditions and for 4 quarters bodylined the ball winning contested possession and clearances for the day.

Again we were faced with injury early in the game, after losing Jarred Redden last week with an ankle this week we lost Jordan West with a head knock and was ruled out in the 1st quarter with concussion. Jack Hayes took hold of the number 1 ruckman role and excelled with his athleticism around the ground earning him a best on ground performance. Jake Weidemann also was ruled out early in the 3rd with a calf issue.

Having 1 rotation for nearly a half of football versus AFL listed athletes and tough conditions makes this win one of our most enjoyable wins for the year. There were some incredible team bonding moments shared during this game and one game they’ll be able to draw from next season.

Louis Sharrad was fantastic supporting Jack Hayes in the ruck and showed his strong leadership skills throughout the game. Skipper Luke Thompson, Matthew Goldsworthy and Jake Von Bertouch all played their role very well in defence.

Our last game for the year is at Prospect Oval this Saturday at 2:10pm.