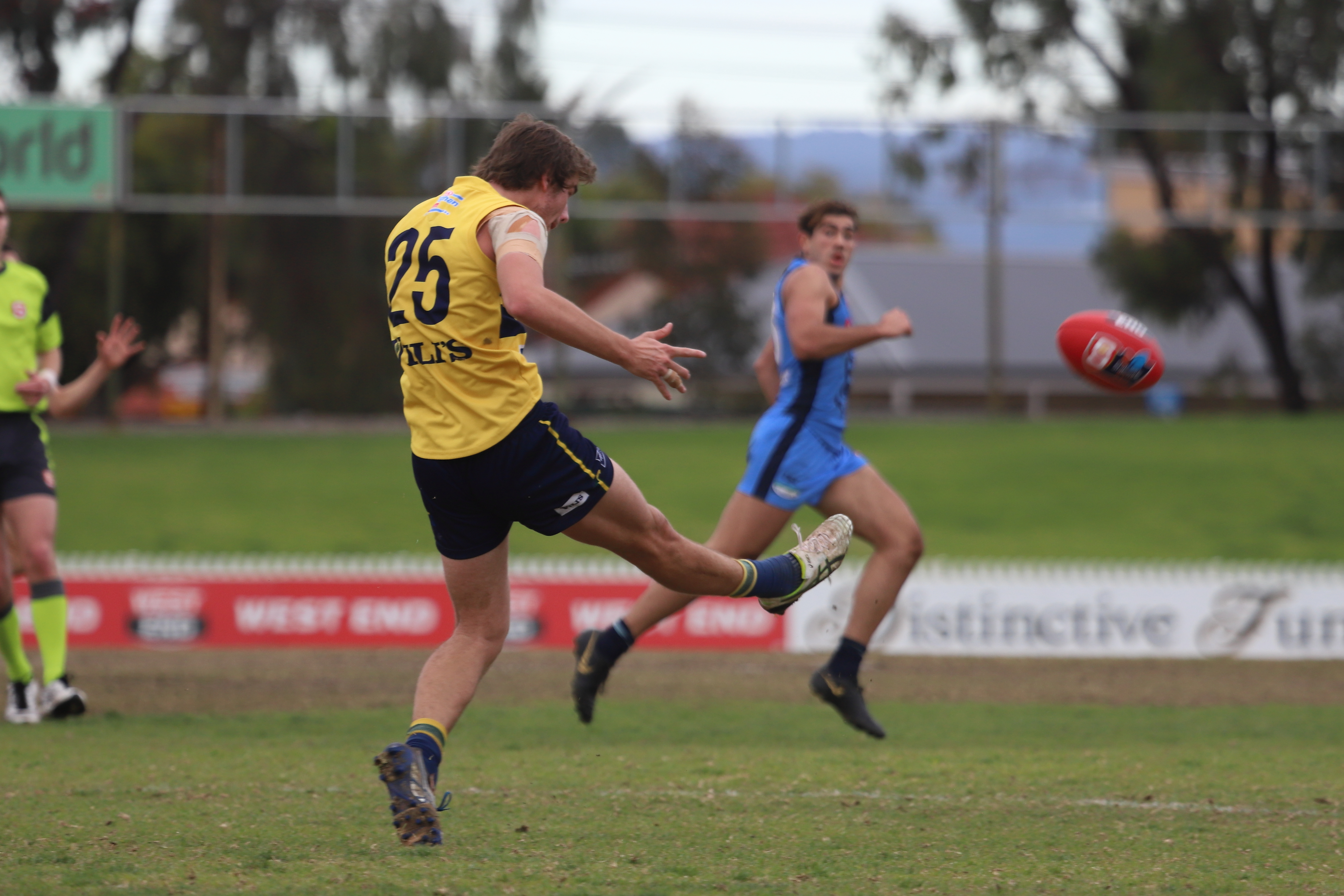 As we travelled to Unley Oval to take on Sturt we bought in 2 new players that have both come through Shane Reardon’s fantastic u18 program.

This game was a massive challenge for us as we know Sturt will be there in the pointy end of the season. Sturt play a very disciplined style of football which meant we had to bring our best for the entire match.

The first half was a see sawing battle with the lead changing hands 5 times to leave Sturt with a 10 point lead at the half. Our ability to be able to take the game on at the right time meant we needed to work extra hard in the second half to close that advantage.

Unfortunately a 10 minute lapse in concentration where we allowed Sturt to outwork us at the contest meant that Sturt built up a match winning lead mid way through the third term.

To the credit of the team we fought back to play the better footy of the fourth quarter but were not able to close the gap any further.

This week is a big game for the team at North Adelaide as a win gives us a double chance and a great foundation into the first week of the finals.